I thought time was supposed to be going slowly. Yet it seems to be speeding by as if someone has his foot stuck on the accelerator of his new Ferrari. It’s time once again for another interview with one of the South African authors involved in the boxed set, In All Things.

Today it’s my pleasure to introduce you (or re-introduce you) to popular Christian Romance writer, Marion Ueckermann, who took a break from her romance writing to share some devotional insights in her book, Reflections from the Ocean (and Surrounds). 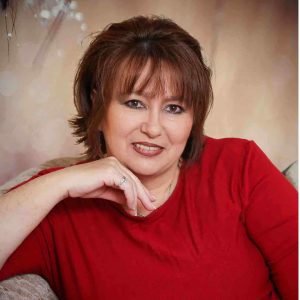 Shirl: What motivated you to choose the theme of the ocean for your particular book in the set, In All Things?

Marion: Well, at first I planned on writing a book of devotions based on various characters from some of my books (an idea that had been thrown in the group). I very quickly ditched the idea, exchanging it for Reflections from the Ocean (and Surrounds).

Maybe it was because I was stuck in Cape Town at the time due to the pandemic lockdown, but as I started thinking about various alternative options, I realized that I could pull many stories from my life (especially as several had recently happened) that would show God’s majesty and power, and love and care, and that were set around the coast.

If I had to narrow my choice down to one thing, it would probably need to be those tiny green sea urchins I spoke about in my reflections on the beach.

Reflections from the Ocean

Shirl: You had to produce seven chapters on the theme. Were all seven easy to find? Or was there one (or more) that caused you to struggle? Why?

Marion: Most were pretty easy for me to come up with. I wrote about reflections in the wind, pebbles, rough seas, the beach, the ocean, sand, and fog. The wind and rough seas reflections were super easy—as I said, I was in Cape Town at the time … a windy city and a coastline with a reputation of many, many shipwrecks.

Reflections on the beach and in the fog again were easy to write as these were recent experiences with my niece during our lockdown, so they were fresh in my mind. The story of the footprints in the sand was also a recent experience that my niece had shared with me. Pebbles was something I had written several years ago, so I merely adapted some of what I’d written.

Although the story, reflections on the ocean, only took place less than eighteen months before, it was probably the story that came last to me. I guess if I had to pick one that caused me to struggle, it would probably be that one for no other reason than I was racking my brains on what the seventh devotion would be.

Marion Ueckermann shares insight into her choice of stories contained in the boxed set, In All Things available on Amazon. https://books2read.com/InAllThings/ Click To Tweet

Shirl: I understand the challenge. Some stories are just too long to condense into the size required for a book such as this. Each of the 13 books in the set is, of necessity, short. How long would you say it took you to write the first draft? And from start to completely done?

Marion: Well, I didn’t time myself, but the devotions themselves didn’t take very long to write once I got started. The longest part, I guess, was choosing the topic to write about with each one.

Shirl: I know this was not the first boxed set or multi-author project you’ve been involved in. How did this one compare with the others?

Marion: I’ve been part of many boxed sets and multi-author projects with authors from America, England, and Australia. The difference with this one was the fact that all the authors were South African (most residing in South Africa, but some living overseas). But besides that, most projects are pretty similar with a small core team and one “leader” (for want of a better word) … usually the person who originally came up with the idea.

Shirl: And this time that person was me . . . who knew far less about boxed sets that you! Thank you for the times I was able to yell for help along the way! 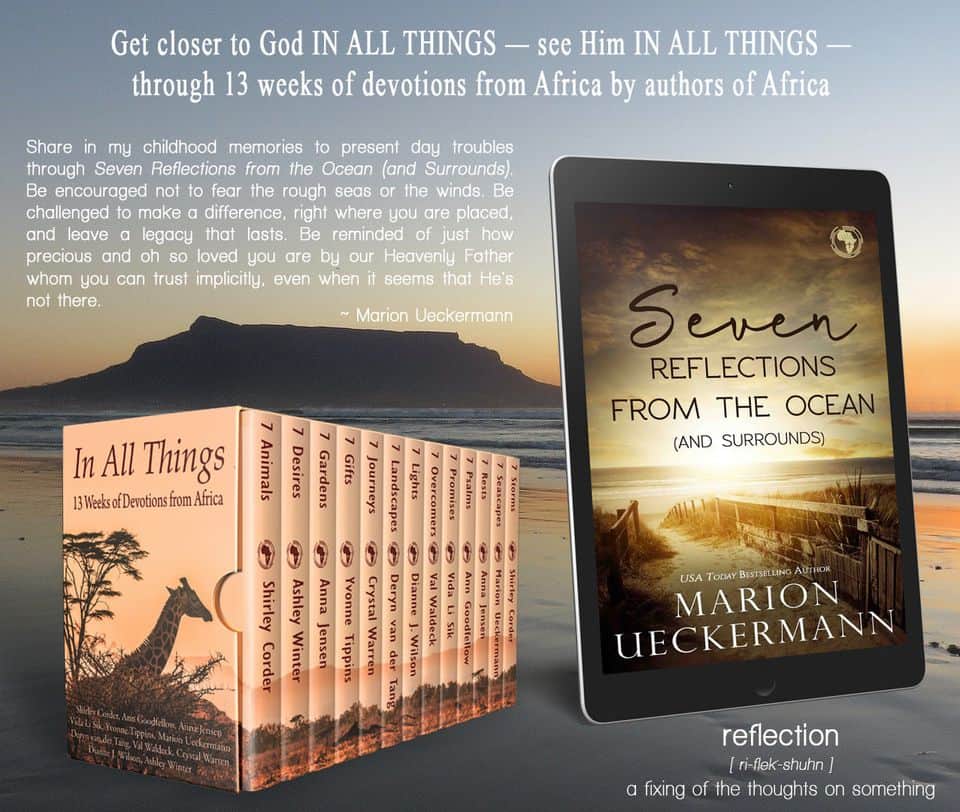 Shirl: Marion, many people have said they found 2020 a terribly long year. That although time seemed to whirl past, the year seemed to go on forever. That seems to be an enigma. Was that your experience?

Marion: Stuck away from home for almost 6 months … at least half that time in lockdown … of course the year was slow. I missed my husband, my home, my routine to try and write… But when I think of everything that happened—a wedding and family reunion; a baby shower; watching my granddaughter grow from a four to a ten-month-old; homeschooling my grandsons; flying to Cape Town not once, not twice, but FOUR times (most of those between September and November); Zoom Mother’s Day, Father’s Day, Anniversary; my 60th birthday celebrations; having my son and daughter-in-law repatriate to Finland (and now struggling to return home); looking after my sick grandchild; birthday parties; Christmas and New Year celebrations with my close family; and not forgetting the two novels, one novelette, one short story, and this book of devotions I managed to publish, it’s been one crazy, busy year. I like to refer to it as a slow year that went by fast.

Shirl: Yes, you’ve certainly had a crazy year. I’m amazed you’ve managed to get any writing done. And I know you’re returning to Cape Town again this coming Sunday to again care for the children who are stuck at home once more. They are certainly blessed to have such a caring mom and ouma!

Other authors in the set already interviewed:

If you would like to receive updates from me,
I promise not to spam you, and you are free to unsubscribe at any time.

Dear Reader: Now you share with us. What do you enjoy most about the ocean?

How often do you get to the beach?

Leave your answer in a comment section below and I will respond.

8 comments on “Marion Ueckermann – and her Reflections from the Ocean”