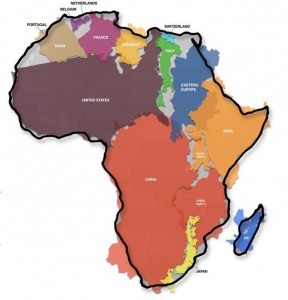 South Africa is an incredibly beautiful and diverse country, twice the size of Texas or equal to France and Spain combined. And that is only South Africa, the country where I live!

The southern coast of the continent boasts the picturesque beauty of the Garden Route, and the fascination of the small Western Cape towns. The eastern subtropical coast of northern KwaZulu-Natal is like a different country. The vast Karoo semi-desert bears a vast contrasts with the lush magnificence of the Drakensberg mountains. Perhaps the biggest drawcard of all of course is the world renowned Kruger National Park.

Visitors are often surprised by South Africa’s excellent infrastructure, which draws favourable comparison with countries across the world. Yet South Africa is an enigma. Years after the birth of The New South Africa, the people of the so-called “rainbow nation” still struggle to find their identity.

See “Coming Soon” for a book of 90 readings about the entire continent of Africa.