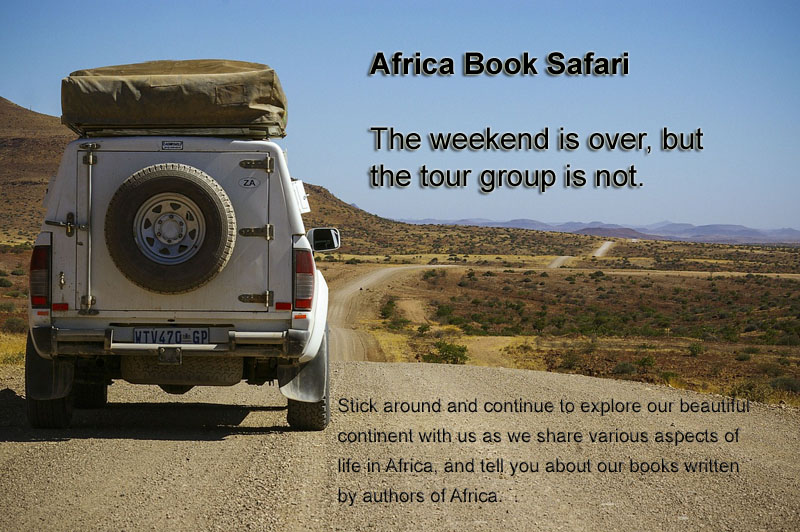 Round up of a fantastic Africa Book Safari. Read all about how a virtual safari across Africa became an incredible success. Please RT Click To Tweet

It all started several months ago, when Marion Ueckermann and I had a long phone chat discussing ways we could showcase some of the Christian authors of Africa, i.e. authors who either live in Africa, or were born and brought up here before emigrating to lands afar. We also felt they needed to have at least one book published that was based in Africa to qualify for what we had in mind— a book safari.

First off, we approached a number of authors whom we thought would qualify. Some weren’t available, and others didn’t reply. But we ended up with a great team of nine authors in all.

Some were born here. Others were raised here. Some were born elsewhere and then moved to Africa. Six currently live in Africa, one was born and raised on a mission field in Africa before relocating to America, and one was born and raised in Africa before moving to Wales a few years ago. Finally, we had an American missionary who has lived and worked in Mozambique for many years. So we were a real mixed assortment of authors. But we had one thing in common. We all love Africa—and we know the continent. And we all had at least one book written about Africa. For the sake of the Safari, they were asked to promote only one book.

We had an amazing assortment of topics and genres. A variety of novels covered suspense, historical, and romance. We also had a travelogue memoir with poetry and a book of daily devotions. Those attending were offered an eclectic selection of both fiction and non-fiction. And they were all based in Africa, as well as all being Christian books.

So how did the safari work?

We had two sections to the safari. First off, we set up a blog hop across all nine blogs, in a different order, so that each day for two weeks (with Sundays off) readers could visit the blog of their writer of choice, and link up to read an interview of another of the nine.

In theory, that would happen daily. In practice, a few couldn’t keep up with trying to reach deadlines as well, and so these are still ongoing in some of the blogs. That’s fine. Gives even more exposure! But if you’re in a hurry to read them all, see the links below.

Then we had a long weekend (three days to cover all the time zones) where we each had to do four posts about any topic of interest to our subscribers, based on a feature of Africa, while also talking about our selected book. We also had a number of “emergency” posts that we could use if there was a gap somewhere, and would you believe it? We used them all!

Because neither Marion or I had ever heard of an event like this on Facebook, we really had no idea what to expect. But we really didn’t anticipate the final results.

We had 803 people signed up on the Safari, and a total of 16.5 THOUSAND comments, posts, and responses . . . over a weekend! Phenomenal.

I know all the participants will agree it was such fun. Frantic, hectic, and extremely pressured for the nine of us, but a great time. For example, I posted a short “emergency” post on the size of the giraffe, just to keep folk talking, and the ensuing discussion went on for hours. We had fun, we learned a LOT about giraffes, and we were challenged afresh by the enormous miracle the Lord performed when he got Noah to build that ark!

During the weekend, authors ran specials on some of their books, others did giveaways which were awarded 24 hours after the safari closed, to give folk from all time zones to play catch up. 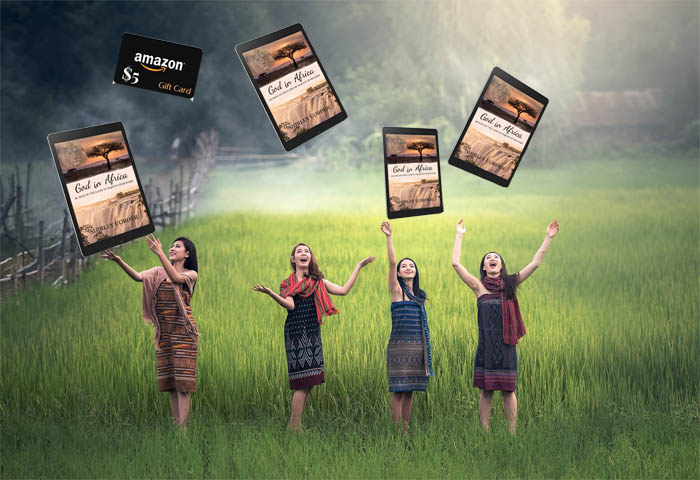 Then to crown it all, a number of authors contributed to an unexpected bonanza at the end of the safari. We put together a hamper which was awarded to the person who, according to the Facebook Insights, had been the most active throughout the weekend. How would you have liked to receive this as a gift? 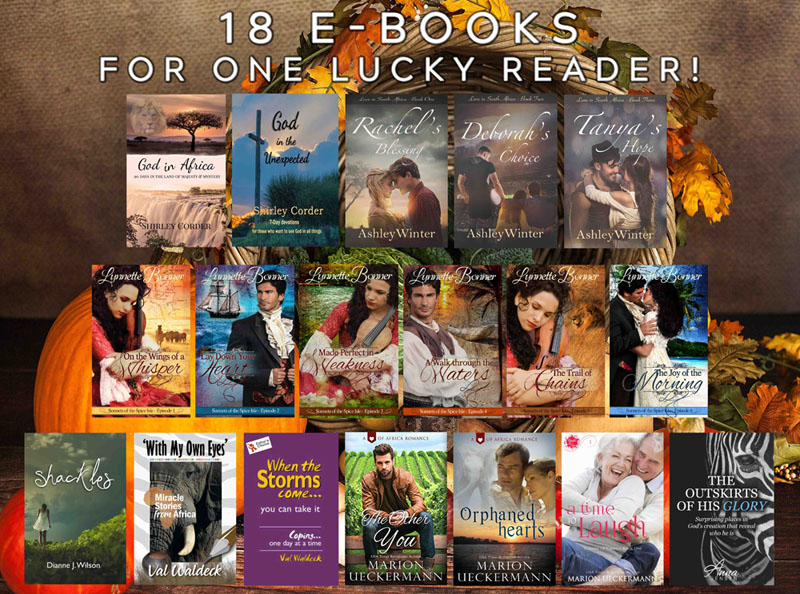 And so, according to our original plan, we had reached the end of the Africa Book Safari. HOWEVER . . .

It has been such a resounding success, and so many people have shown their love and interest in our books and our land, that we have unanimously agreed the group must continue!

It will NOT be a structured safari for now, although we’ve had many requests for another in the future. But we are writers! We have books to write.

However, we plan to keep up your interest in the second-largest landmass in the world and in our books, as we continue to keep you in the loop with our writing. Then, when we have the courage to launch out on another safari or similar event, all those already in the group will be the first to know, and won’t have to jump through hoops as they did last time, to attend!

I hope so. We are. If you are not yet part of this amazing group, you can sign up by clicking on the button at the end of this post.

[stextbox id=’alert’ cbgcolor=’e37f05′]Did you participate in the Africa Book Safari? Did you enjoy it? Share with us a bit about your experience. Ask any questions you may have about the way forward.[/stextbox]

Previously published in this series:

2 comments on “ROUND UP OF AFRICA BOOK SAFARI”