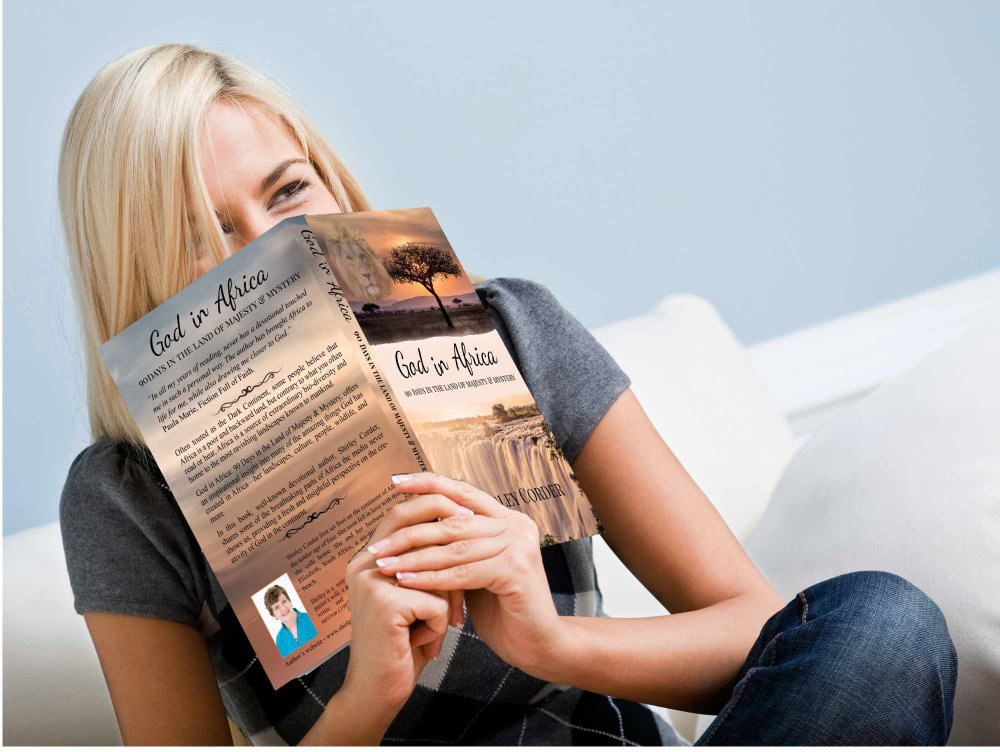 Have you ever asked yourself the question, “Does anyone read what I write?”

I have. Often. Yet, I continue to write.

So I decided to explore the problem. I realized that no one is going to read what I’ve written, if they don’t know about it.

But I’m not ready for my new book, God in Africa ~ 90 Days in the Land of Majesty & Mystery, to die! So I set out on a journey of exploration. What was I doing wrong? What was I failing to do?

If no one reads a book, there’s no point in writing it!

Over and over, I hear my fellow writers complain. “Why doesn’t anyone buy my books?”

I’ve said the same thing. But let’s be logical here. No one, not even my doting aunt if I had such a valuable commodity, will read what I’ve written if she doesn’t don’t know it’s there.

How not to spread the news

I once had a friend who used to pop into my home to visit. But she always brought at least one book in her hand. “Take a look at my latest,” she would urge.

She had obviously heard the sales technique that once you hold a book in your hand, you are more likely to buy it. Unfortunately, she didn’t know me all that well, as I developed a resistance to this particular tactic. It wasn’t that she didn’t write well, she did. But I wasn’t interested in the topic, it meant handing over money not in my budget, and besides. I really didn’t like being pressured.

And I don’t want to turn into that sort of person.

Then I read something interesting. The article, and I’ve forgotten where I read it, suggested the reason so many writers hate to market their book is because they see it as doing a hard sell of their books. And they don’t want to turn out like my friend. Instead of looking at the book, the article suggested, we should be looking at our readers. Those we wrote for. What do I have to offer those people?

Good thought! But whose need was I wanting to meet? In other words . . .

Who did I write this for?

There is just no topic on earth that will appeal to all readers. I accept that. So who did I write this for? Who stands to gain the most from God in Africa? Would it appeal to you, for example? And if the answer is no, I must accept that graciously. It can’t appeal to everyone!

Some may be vaguely interested in the topic of learning more about Africa. Others may be fascinated by the thought of God at work in this land of turmoil and political unrest. There are many folk out there with needs I know nothing of. But I mustn’t try to reach them with my book. That will only water down its message.

I need to aim at those I wrote the book for. They are the people I spent valuable time and effort in trying to satisfy. I want to try and meet their needs.

So who did I write for?

The title gives the answer.

The title, God in Africa – 90 Days in the Land of Majesty & Mystery, reveals the book is about Africa. But it’s not just a geographical textbook. It is a devotional book that points to God. So it is written for people who believe in God, and who are interested or intrigued by Africa.

We can also see it covers ninety different facets of the continent of Africa, the land I have lived in since the age of four. Clearly, from the title, I see it as a majestic and mysterious land. So you already know quite a bit about the book, just by reading the title.

I didn’t write this for atheists who hate all things African.

Yet there may well be a few who are intrigued by the fact that their friend wrote it, or who wonder how anyone can write such a book given the political unrest in the land . . . or any other of a myriad of reasons.

But I didn’t write this for them!

Would I be okay if one of them picked up the book and made a purchase? You betcha! My prayer would be that by the end of the book, should I manage to hold their attention, they would come to see the reality of God as well as have a deep desire to visit the continent of Africa!

But I didn’t write this for them!

So I’m not going to try and sell it to them. Because, as far as I know, they won’t be interested.

Coming up with a great front cover.

Next up, I had to come up with a front cover that would attract the people I knew would benefit from the content. You know? The Christian reader who has a fascination for Africa.

I wish I could say this was easy. I went through a myriad of ideas, some of which I bounced off my street team (a.k.a. Shirley’s Book Brigade). Some they rejected. Several, and one in particular, they liked. Many fell in love with a cover that showcased the sausage tree of Namibia.

And for a while that became the image on my work in progress. However, as time went on, I realized I wanted a more elaborate cover. One that would show more of the majesty and mystery of the continent, and not be restricted to just one tree, fascinating though that is.

Three F’s of the final cover.

I searched Amazon and Goodreads for ideas, and finally came up with the cover you see at the top of the post.

You still see the sausage tree my Book Brigade loved, but it is only part of the cover. It represents the flora of the land.

There is also a picture of the stunning beauty of the majestic and mysterious “Smoke that Thunders” also known as the Victoria Falls. That represents the incredible geographical attributes of this rugged land, the second-largest continent in the world.

Finally, you have the regal and powerful King of the Jungle, the magnificent beast we call a lion. He, of course, symbolizes the rich, diversified animal life of this land mass, varying from the tiny but influential dung beetle to the colossal, family-oriented elephant.

And finally, I had a cover I was happy with. This cover, including the title, pretty much sums up the message of the book. Hopefully, it will attract the people of whom I can say,

I’ve often heard the saying, “You don’t judge a book by its cover!” But I have seen, over and over, this book cover drawing people in. Some weeks ago, I took the book into a select, privately-owned book shop. I asked the owner if she would be interested in holding some copies of the book on consignment. Her reaction?

Before opening the pages . . . she asked, “How much do you want for it?” Her initial judgement was from its cover.

You don't judge a book by its cover. Really? Or is that the first feature people notice? What do you think? Click To Tweet

So what came next?

Brian Clark, the founder of Copyblogger, makes a good point. He says, “A great headline mixed with a weak opening is like inviting someone into your house, only to slam the door in their face as they approach.”

A great headline mixed with a weak opening is like inviting someone into your house, only to slam the door in their face as they approach. Click To Tweet

So having come up with a great title, and a fabulous cover (at least, I think so!) I took care to keep the door open. I wanted my invited guests—those that I wrote for—to feel at home. I tried to think of what questions they would ask me and to provide them with the answers. I hoped to entertain them and inspire them to see Africa, not just as a large landmass frequently suffering severe drought, but as a land of majesty and mystery. If I could enthrall them with the wonder of this incredible continent and the awesomeness of the God who created and maintains it, I would have succeeded. Because these were the people I wrote for.

Only you can tell me if I’ve succeeded.

Please will you give me feedback? It will be a real source of encouragement for me if you answer at least one of the following questions in the comment box below.

[stextbox id=’alert’]Come back next week and read about some more of the amazing and awesome revelations of God in the continent of Africa![/stextbox]