This entry is part 6 of the series In All Things

As it’s Friday once again, here is an interview with one of the authors published in In All Things, a 3-month boxed set of daily devotional readings, all linked to Africa. Each small book of seven devotions is written by an author who was either born in Africa or was born elsewhere but has lived in Africa for some time. So we all share the theme – Out of Africa! Today, I’d like to introduce you to Deryn van der Tang. END_OF_DOCUMENT_TOKEN_TO_BE_REPLACED

How’s it going with you this beautiful sunny but freezing winter’s day (speaking from a South African perspective that is!)

What state is your country in with regards to lockdown or stay-at-home orders? Please post your response in a comment below.

Here in South Africa, we are currently on Day 79 of Lockdown! However, the government had to ease up in some fields or the country would never have survived economically. So we’re into the 2nd phase of returning to normal, i.e. Lockdown Stage 3.

Sadly, many people think they have the right to “do their own thing” and there is chaos in so many areas. Yet, as I watch the TV news, it looks as if South Africa is not alone in this. For us, our initial lockdown was so early and severe, and therefore excellent, that we received praise from across the world. However, we have yet to reach our peak and now numbers are escalating every day.

Today, I’d like to introduce you to another South African author, Anna Jensen, who will explain how she was not always South African. So without more ado  . . . here is Anna. END_OF_DOCUMENT_TOKEN_TO_BE_REPLACED

Writing was a hobby until the beginning of 2001. Then the Lord spoke to me through Scripture and the words of a meditation.

It wasn’t the first time He had brought these verses to my attention.

In 1997-1998, I went through radical treatment for aggressive cancer. While lying on my bed recovering from the latest chemotherapy treatment, I read both these verses. I believed at the time that God was saying I was not to keep my cancer diagnosis and the lessons I was learning a secret. That I was to speak openly. I also thought He wanted me to journal so that I wouldn’t forget.

I believe both of these were true. But there was more, and in 2001 I understood. He wanted me to write for publication and to share all He had done with any who would read.

I have had hundreds, probably thousands, of articles published online and in print. Not all of them are devotional in nature, but they all speak from experience. The more I had published, the more I felt like a writer.

Then in 2012, Revell Publishers in America brought out my book of meditations for those on the cancer journey, Strength Renewed, Meditations for Your Journey through Breast Cancer. At last I felt like an author.

Since then I have had a number of books published which you can see under the heading Published Work on the menu. 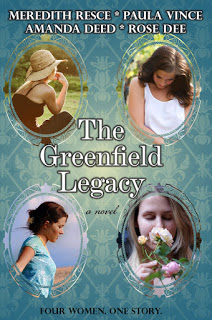 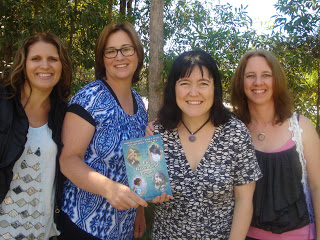