Yesterday I did a really stupid thing

For the last couple of weeks I’ve been spending long hours working on an image using Affinity Photo (a similar program to Photoshop). Every time I made a significant change, I saved it under a new name. When I closed Affinity for the day, I was asked the same question. “This file has been changed. Do you want to save it?”

I didn’t want to save it. I wanted the original file to remain untouched.

Lesson learned? (I hope) Check which program you’re working on before saying yes or no! 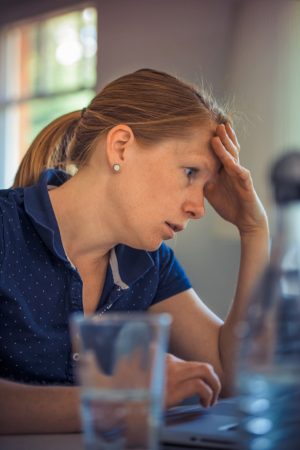 Learning from your characters

I ventured into my first attempt at a novel about twenty years ago. That is when I discovered how real my characters were. If you’re a writer, you’ll understand what I’m about to say. If you’re not, you’ll be convinced I am delusional!

I learned that my characters had their own ideas of how the story should work out.

Really! I clearly remember the first time it happened. I had sent twins out on a walk, pushing their toddler baby brother in his pushchair. As they walked down the sidewalk (pavement in S.Africa), I saw the scene play out in my mind.

Suddenly, a playground materialized on their left. No! That wasn’t my plan. Butit was okay. I would get them to just keep walking. But no! That’s when I learned that not all characters are obedient to their author. The twins certainly weren’t. They couldn’t resist the park. They turned in the gate. I was literally speaking aloud, telling them to get back to their walk.

Well, they ignored me. They put the toddler in a chair-swing and started to push him. Typically, they became distracted watching someone walk past. “Watch the kid!” I shouted at them.

And said ‘kid’ fell out of the chair.

That incident opened up a whole new section of my novel that I hadn’t anticipated. It also introduced a secondary character that I had planned on, but couldn’t decide how to bring him into the story. Amazing!

That’s when I learned a major problem with writing SOTP. (See Seat of the Pants explanation.)

Characters with a clear plan

My current WIP (Work in Progress), Finding Amanda, I tackled from a different angle. As I’ve already described, I now have a timeline pasted to my wall, and I have a rough idea of what happens next, right up until the end of the book. So does that mean I can tell you the entire story? Oh no.

You see, I’ve learned another lesson. My characters have the final say. Already, I’ve had several of my plans changed.

This week, I experienced a fun incident.  I knew where Mandy was traveling to. And I knew who she was going to visit. I just didn’t know what the situation would be when she arrived. As she stepped into the arrivals section of the airport, a sweet, dumpy little lady I didn’t know existed, bounced forward and introduced herself to Mandy—and to me.  It turns out she’s quite a key person in the story. Who knew? (Not me! I’m just the author.)

So it that fun, or what?

Characters who bring new ideas to the author’s plans

So now I know. I have a pretty good idea where the story’s going. But ultimately, that depends on my characters. Scary? A bit. But it’s fun too.

A visitor to my blog last week referred to the book as Finding Mandy. But, as I pointed out to her, that’s not the title. It’s Finding Amanda! You thought they were the same person? Ah well, you see, that’s the problem.

Amanda is one person.

The question is, which is the real person? And how is the one going to find the other? (Hint: She’s not schizophrenic!)

Another eye-opener for me this week was the sneaky feeling this book is not going to be a solo book. Two other characters that are closely involved with Mandy (note the shift! Not Amanda this time!) are developing their own story-lines on the side. I have a feeling they’re going to demand a book all to themselves. When will I know for sure? I guess when they tell me.

I’d love to hear from you. How do you feel about Finding Amanda developing into a series of three (or more…) books?

6 comments on “When the Characters Call the Shots”