THE PRICE OF VALOR 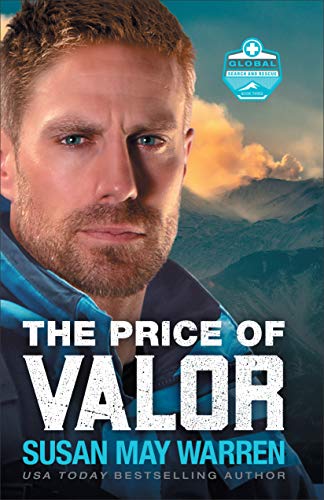 This was the first time I had read any of this series. As a South African, I do not normally jump at military or politically-motivated stories as they don’t necessarily tie in with experiences in my own country. However, I thoroughly enjoyed this incredibly gripping and baffling story produced by Susan May Waren. It is her final (third) adventure in the Global Search and Rescue Book series. END_OF_DOCUMENT_TOKEN_TO_BE_REPLACED 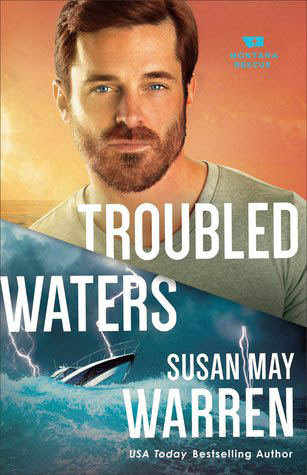 Troubled Waters is the 4th book in the Montana Rescue Series by Rita Award winner, Susan May Warren.

Billionaire Ian Shaw can have everything he wants–except a happy ending. Or at least that’s what it feels like with his fortune recently liquidated, his niece, Esme, still missing, and the woman he loves refusing to speak to him. In fact, he doubts she would date him even if they were stranded on a deserted island.

Despite her love for Ian, Sierra Rose knows he has no room in his life for her as long as the mystery of his missing niece goes unsolved. The only problem is, Sierra has solved it, but a promise to Esme to keep her whereabouts secret has made it impossible to be around Ian.

When the PEAK chopper is damaged and Sierra lacks the funds to repair it, Ian offers a fundraising junket for large donors on his yacht in the Caribbean. But the three-day excursion turns into a nightmare when a rogue wave cripples the yacht and sends the passengers overboard. Shaken up and soaked to the bone, Ian finally has a chance to test his theory when he and Sierra do indeed find themselves washed up on a strange, empty shore.

It will take guts and gumption for the PEAK team to rescue the duo. But it will take a miracle to rescue Ian and Sierra’s relationship.

I enjoyed Troubled Waters and would recommend it to anyone who enjoys fast-paced suspense novels. This is a continuation of the Montana Rescue series and although it could stand alone, I think it’s a help to have read one or more of the earlier books.
There were times when I felt frustrated with the on and off approach of the two main couples. I also found it difficult to keep track of the characters. For that reason I’m awarding 4 stars. I nevertheless look forward to the next in the series.