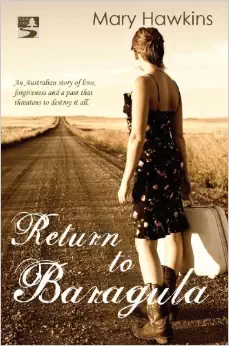 Return To Baragula
Over the years Emily Parker’s actions as a teenager have impacted not only her own life, but the lives of many different people. Now, six years later, she returns reluctantly to her home town of Baragula only to discover the man at the heart of those actions, Matthew Davidson, is the community’s respected doctor. While Emily’s faith is now severely weakened by all that has happened, Matthew’s life has completely turned around since he committed his life to Christ. His personal relationship with God is tested when he discovers how his behaviour when a non-believer hurt so many, especially Emily, and feels responsible for her hardness of heart towards the Lord. Disease attacks the community while danger from another source threatens Emily and her family. Through it all, will Matthew and Emily’s faith be strong enough to forgive each other and put the past behind them?

I’ve never been to Australia, but reading “Return to Baragula” by Mary Hawkins made me feel I would fit right in.

In the brief prologue, we meet Emily Parker, a teenager with strong Christian beliefs and morals, and the handsome, charming Matthew Davidson who does not believe in God. One ill-fated night, things get out of control, and Mary flees, never expecting to see Matthew again.

The story begins six years later, when Emily reluctantly returns to her home town of Baragula. When she meets up again with Matthew, however, the circumstances are very different. Where Emily has turned from her faith, Matthew is now a well-respected doctor in town, with a deep relationship with the Lord.

He becomes deeply concerned as he realises how his behaviour as an irresponsible non-believer has caused so much hurt to so many people, especially to Emily. He struggles to understand why he doesn’t know about Emily’s marriage, and where the twins fit into the picture.

At the same time, Emily has an emotional turmoil of her own. What should she tell Matthew about her life? How much does he need to know? Does God really care about her? Will He still be prepared to take her back? And who is the mysterious stalker who makes her afraid to be alone?

This is the first novel I have read written by Mary Hawkins, but I hope it will not be my last. I enjoy the way she weaves the Christian principals of love and forgiveness into a gripping story, without ever becoming preachy. The plot is intriguing, the story well-rounded, and the characters real. It is a refreshing change to read a Christian novel based in a country other than America. I recommend this book to readers who enjoy seeing life in other parts of the world. 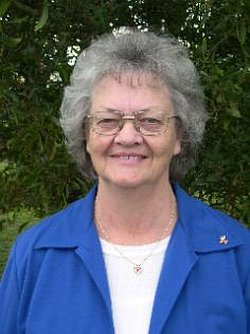 Mary Hawkins is a best-selling inspirational romance author with other 825,000 romance books in print. During the first few years of being published she also had five medical romance novels released by Harlequin Mills & Boon before concentrating on inspirationals for Barbour Publishing (Ohio). Return to Baragula is her first single title and the first released by an Australia publisher. Mary was a Queensland farmer’s daughter, became a registered nurse and has a graduate diploma from a Sydney Bible College where she met her husband. Ray is a retired minister who is also a published author. They enjoyed ministries in Australia, three short term mission trips to Africa and two years at a church in England before settling in beautiful Tasmania. They have three adult children and are now proud grandparents. Mary is a member of several writing organisations including American Christian Fiction Writers, Romance Writers of Australia, Romance Writers America, their Faith Hope Love chapter and Australian Omega Writers. She enjoys speaking appointments and writing workshops where she can share the journey she has been walking for many years with her Lord and Saviour, Jesus Christ.