You should assume that the owner of this website is an affiliate for some of the providers of goods and services mentioned on this website and may be compensated when you purchase. This is to save you the bother of finding links to follow if you want to look more closely at a product. If you do purchase, I will get a few cents and it will cost you nothing.

Start at the beginning of the story

One day there was a ring at the doorbell.

“We have come to pray for Rob,” announced one of our church elders. How good that some folk had started to realize that it may be worse for the partner or care-giver. The center of attention is usually the patient.

“You know,” Rob spoke thoughtfully, after the elders left. “This probably sounds bad, but if I had to choose, I would rather be the husband. I don’t know how I would handle your diagnosis if it was mine.” 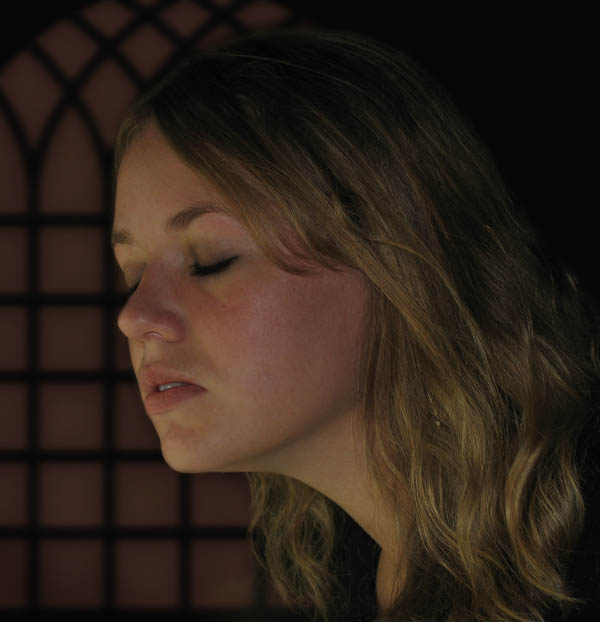 I stared at him in surprise. “Funny. My reaction is the same. I am glad that if one of us had to have cancer, it is me. I don’t know how I would handle it being you.” Again, the Lord had made us a team. A team well equipped to fight cancer.

What about the Children?

What about the children? No-one ever thought to minister to my two sons, or to my daughter overseas. Sadly, nor did we.

I am sure there were many times during those dark days when they needed to be able to talk and share their deepest fears. They were young adults, but we were a close family, and their mother had cancer.

The two boys were there for us both, but who was there for them? Debbie, so far away, really grappled with the whole situation, unable to be a part of our support system, and with no real friends in a new, foreign country.

I have since spoken to mothers of young children, and heard the same sentiments expressed. “My children needed support too. Oh people were very good in taking care of them physically when it was needed, but they needed counselling. They needed to know what was happening to me.

There is a fabulous book written by Leticia Croft-Holguin that portrays the cancer journey in a way little ones will understand. 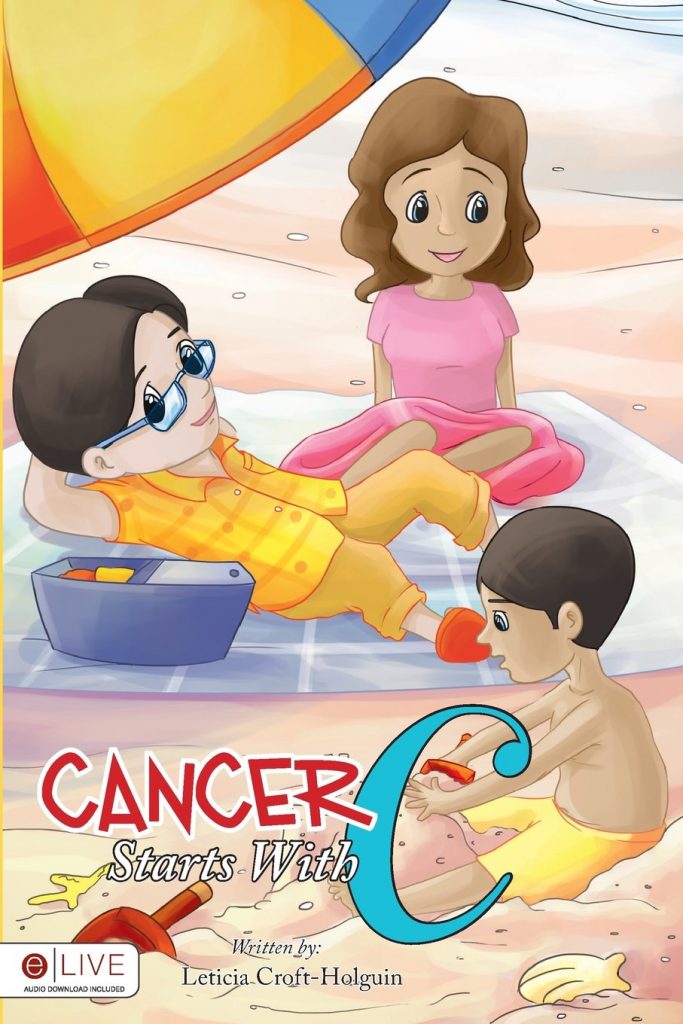 “The beautiful illustrations turn what could be a scary story into bedtime reading. It is a book that every child will love.

“Author Leticia Croft-Holguin received her diagnosis of aggressive cancer in her ninth month of pregnancy. She wrote this book to give parents a much-needed tool to articulate and explain the unsettling concept of cancer to their children.”

This is not a cheap book, mainly due to the glossy format and abundance of colored illustrations, but if seen as part of the cancer arsenal I believe it can be of tremendous support to young children. (You can order it here.)

Talk of Cancer and Death

“I knew people got cancer,  I just didn’t think it would ever happen to me.” This was another comment I often heard. I understood what they were saying. Shirleys don’t die!

“People don’t know how to speak to me,” was another common complaint. I have to say that this was rarely my experience. Our friends were very supportive, and, as long as I looked well, they treated me like normal. The days when I looked really bad however, they often didn’t know what to say.

Nor did they want me to talk about cancer all the time. Who can blame them? Yet I needed to talk about it. I longed to share what I was feeling and hear how others were coping. I longed for someone to compare notes with, but that was one thing my oncologist was adamant about. He didn’t believe in support groups.

“Please don’t talk negatively,” Rob often said to me if I mentioned dying. But I wanted to talk about what I was going through, and that included the possibility of dying. Was I ready to die? I knew I wasn’t. The thought of death scared me, and yet from a spiritual point of view I felt I should be. I was a committed Christian in full-time ministry. Rob, who was so supportive in every other way, became really distressed when I brought up the subject, and so I stopped talking about it—for a while.

Much advice on how to fight cancer

“I had no idea that there were so many quack ideas about how to fight cancer!” I exploded at Rob. “It is ridiculous. Everyone I speak to seems to have a cure for the disease. Why don’t they market some of them and make a fortune?”

It was difficult to sort out truth from fiction.

“Only drink ionized water. That is very important if you want to fight cancer.” What is ionized water anyway?

“Stay out of the sun.”  I don’t have skin cancer! / “Get plenty fresh air.” How do I get fresh air without going into the sun? I live in Africa.

“You need a lot of rest. Stay in bed as long as you can in the morning and nap in the afternoon.” / “Don’t allow yourself to get lazy. Keep active even while you fight cancer.”

“Don’t allow your mind to dwell on cancer.” / “Focus on the need to fight cancer.”

“Take massive doses of Vitamin C every day.” And they did mean massive!

“This company knows how to cure cancer.” Right – so why doesn’t the world know this?

“Use this powder twice a day” / “Drink this mixture first thing in the morning.” / “Take these tablets before every meal.”

Every person giving me advice no doubt believed in their suggestions. They meant well, but I began to dread those words, “If you want to fight cancer, what you need to do is . . .”

Someone gave me a copy of a well-known health book which included a “formula” to fight cancer. It stressed the need for the following supplementation in addition to a healthy diet –

Who could afford all that? In any case, I didn’t want to live on a diet of pills.

Then there were the books I “had” to read and the tapes I “needed” to listen to. These only added stress to my life as I felt under pressure to oblige. (I usually didn’t, but I then experienced unwarranted guilt.)

Then my oncologist stepped into the discussion.

These events occurred between 19 and 20 years ago. I have tried to recreate events and locations as accurately as possible, but in order to maintain their anonymity, in some instances I have changed the names and identifying characteristics of individuals and places. 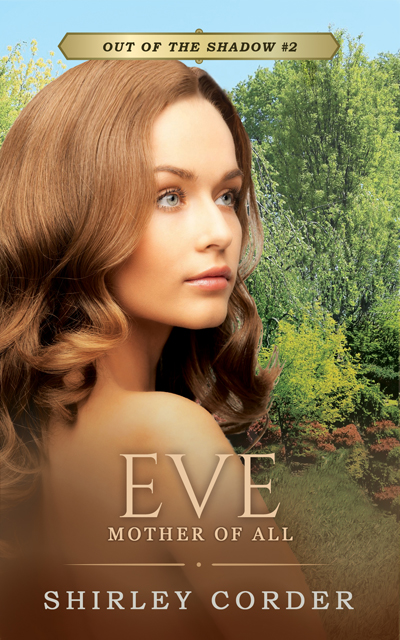 We have all heard of Eve, the very first woman who was created in God’s own image. She lived in a beautiful garden, the Garden of Eden, and she was married to the first man, Adam.

Of course you do.

But have you thought of the challenges she faced?

√ as a woman without friends

√ a mother who was never a child

√ a wife to the only man alive

√ a parent who had never seen a baby?

Eve – Mother of All.

She lived a perfect life in an idyllic setting. Unfortunately, it didn’t last long.

Join Shirley Corder as she draws Eve out of the shadow of the garden and shows her as a real flesh-and-blood woman.

If you’ve ever felt overwhelmed by your situation, or faced seemingly impossible challenges, you will identify with this woman who had no mother, sister or female friend.

What format is it written in?

Written in creative non-fiction, the story stays close to the biblical narrative, but Shirley brings it alive in a way that will encourage you and give you some chuckles.

Reflections after each short chapter will enable you to walk in Eve’s bare feet as you apply the words you have just read to your own life.

There are two ways you can use this book. You can read it through as a story, pausing at the reflections as you go. Or you may choose to use it with friends or an established Bible Study group. You could assign several chapters to be read over the following week, possibly as daily readings. You could then get together once a week to share your own reflections and compare notes.

The Scripture readings are very short, sometimes only a section of a verse. There is often so much information packed into one verse of Scripture. On a few occasions, you may even have the same reading for consecutive chapters.

Feel free to read the passage surrounding the quoted verse, although these may not be relevant to the chapter you are reading. The reflections often offer further passages in order to give you background to the passage. I pray you will enjoy getting to know Eve as she steps out of the shadow of The Garden of Eden as a real flesh-and-blood woman.

God’s latest creation stretched, blinked her eyes and squinted at the sheet of blue hovering overhead. “That’s so beautiful!”

“What?” came a voice much deeper than hers. “You mean the sky? It’s always that color.”

The woman’s eyes focused on the face that now appeared above her. “Oh. What…? Who…?”

The figure rose to his feet and stretched out his hand. “Let me help you up. I’m Adam, the first man, created in God’s image.”

“No. I’m going to call you Woman, because you were taken out of me. You are bone of my bones and flesh of my flesh.”

The woman examined the man closely then looked down at her own body. There were similarities, but there were also differences. “Are we both made in God’s image? Or only you?”

“We both are,” Adam assured her. “God said it wasn’t good for me to be alone, and then He made you. He took you out of my side.”

“Whose side did you come from?”

To see how Adam answers, read the book. Available only as an ebook at this stage.

Click on the link to own your own copy, and if you enjoy it, I’d love you to post a review.

to receive my newsletter which comes out once or twice a month. 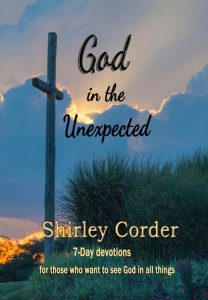 * A welcome gift of a 7-Day Devotional e-book, currently God in Unexpected Places

* Snippet of news from the home front

* Sneak Peeks into books in progress

* News of other authors and their books

Be assured that I will never pass on your email, or fill your inbox with SPAM.

You consent for your name and email to be stored electronically.