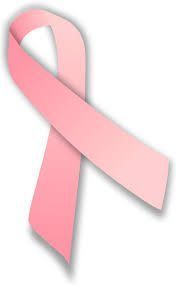 I had read over and over again that once I turned 50, I should have a regular mammogram. When I went for my annual check up with my gynaecologist I asked him to send me for one.

“Besides,” I pointed out, “I have this small lump that’s growing.”

He checked the lump, assured me that it was “only a cyst” and told me I didn’t need a mammogram. I believed him. The following year we went through the same charade. I asked for a mammogram, pointing out that the “cyst” was now bigger. He refused to order a mammogram, assuring me it was just a cyst.

Despite all I read assuring me to have a mammogram, I accepted what he said. Hey! Who wanted to have a mammo if it wasn’t necessary for goodness sake? I was happy to believe him.

The third year, the lump was definitely bigger, and I decided to insist on a mammogram. If he didn’t order one, I would go to another doctor. The gynae smiled. “You don’t need a mammogram. I’ve told you, this is a cyst. I’m sending you to a surgeon. He can remove the cyst and then you’ll be happy.”

I went to the surgeon and he wasn’t at all happy. Why hadn’t I had a mammogram? Didn’t I know better? He aspirated the lump — and yes, it was a cyst. But he sent me for an immediate mammogram, “purely as a routine”.

The mammogram showed up a fast-growing cancerous tumour deep inside my breast, where it couldn’t be felt by probing fingers. Four days later it was removed, and fourteen years later I’m still alive to tell the story. But if I hadn’t had that mammogram when I did, it would have been too late. I would have died.

So please, insist on a regular mammogram after 50 or younger if you have any cause for concern. If you have a family history of breast cancer, start at 40 even if you have no symptoms. It could save your life.