So what exactly is cancer?

As soon as I’d got over the shock of my cancer diagnosis, I found myself desperate to know more. I started to consume every book I could find on the subject. 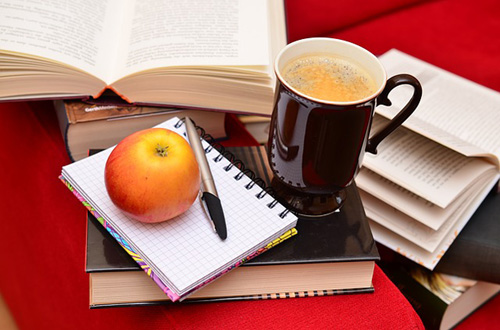 “This is so frustrating,” I grumbled. “Most of these books do not refer to the spiritual side at all. Those that do, almost always lean toward a belief system I can’t accept.” Fortunately, that is no longer the case, and there are some good books out there.

I sensed that there was more to this disease than the physical. Surely there were things I could do on an emotional level, which would not offend my Christian faith.

So few books met my requirements. I resolved that when I was well again, I would write the book that I needed right then. Meantime I had to find ways to use my mind and emotions. But how?

I put this to one side temporarily, and returned to more pressing issues.

What had caused my cancer?

I already knew that cancer was caused by the reproduction of deformed cells. It encouraged me to think of them as weak and confused. This was the opposite to the usual picture of cancer as the “Almighty Destroyer.” But what had caused these cells to become deformed in the first place?

Why had I developed breast cancer?

I learned that Breast Cancer is one of the few cancers which can occur in families. I was the first one in my family, and I prayed that I would be the last. My siblings were at high risk. Seeing I only had one brother and no sisters, I thought we were in the clear.

I discovered that what is generally thought of as a women’s problem is actually on the increase in men. An American survey states that for every 100 women, one man is diagnosed with breast cancer.

A man in America tried to enter a promotional race for survivors of Breast Cancer, but was turned away, as it was only for women. He contested this, but I can’t remember if he won his case. I hope he did.

As far as I knew, none of my ancestors had suffered from breast cancer. But my children all have to be diligent in checking their breasts regularly, my sons as well as my daughter, and my grandchildren as they grow up.

Once cancer cells start to multiply, they do so at an alarming rate. Some of them, if not arrested in time, spread to adjacent tissue, or they may even travel via the blood-stream or lymph vessels to distant organs. There they set up camp and form a secondary tumor, known as metastases.

However the incredible speed with which they reproduce is also part of their downfall.

The incredible speed with which cancer cells reproduce is also part of their downfall. See more . . . Click To Tweet

Radiotherapy and chemotherapy both rely upon this accelerated growth for their effectiveness. In each of these treatments, the machines or chemicals target rapidly growing cells. So the fast proliferation of the cancer cells actually blows their cover. 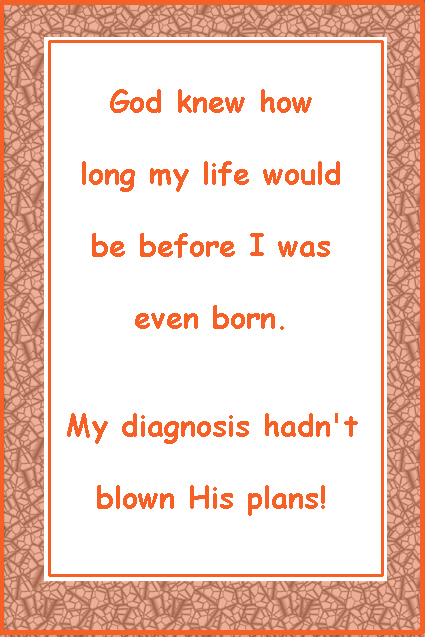 “Just as well!” I remarked to Rob as I shared these facts with him. “Symptoms only start to show up when the tumor has grown large enough to cause problems. How important it is to check our health regularly.”

I hadn’t realized, until then, that there are different types of breast cancer, as well as several stages. My tumor was Stage Two and had already started to spread from the breast. The oncologist explained that it was very fast growing, and the pathology report described it as “poorly defined.” This meant it was difficult to remove.

“According to statistics,” I read to Rob, “One out of every eleven women have breast cancer. And here I thought I was one of the elite few.”

The statistics also said that three out of every four “Stage Two” breast cancer patients will live to be grandparents! That fact is not widely publicized. In 1997, my surgeon didn’t expect me to live a year. SURPRISE! I’m still fit and well in 2019, and yes, I am a grandmother – six times over.

Three out of every four Stage Two breast cancer patients will live to be grandparents! Read more here. Click To Tweet

I deliberately started to cultivate a scornful disregard for statistics. After all, there are no statistics for how long Shirleys live after contracting cancer. I am not a statistic. There is only one me.

What of the future?

Some years ago, if I survived five years after my operation, doctors would regard me as being cured. Medical experts today know this is false. Today, if there is no sign of a recurrence, medical experts will say it is “in remission.” The breast cancer cell can regenerate, so it can always come back.

Having said that, every day that passed after the surgery my chances of survival increased. I didn’t want to know how long medical science thought I had to live. How could a mere doctor tell me that?

In the Bible I read All the days ordained for me were written in your book before one of them came to be (Psalm 139 verse 16). God knew how long my life would be before I was even born. My diagnosis hadn’t blown His plans! I certainly didn’t want to live according to a man-made measure, watching as my earthly time got shorter each day. What would I do if I ran out of days?

God knew how long my life would be before I was even born. My diagnosis hadn't blown His plans! Click To Tweet

How do you think you would react if you were told by medical professionals that you had 7 months to live? What would you do with that information? How would it affect your decision-making?

Please leave a comment, and if you leave a live URL in your comment, I’ll get back to you.